It is such a familiar story to all of us.  Maybe all too familiar?  I have to wonder why, in most people’s imagination, in the portraying and retelling of the story of the prodigal son in art, dance and poetry, do we only seem to center on the younger son?  To my mind the elder son is in a far worse relational and spiritual situation then his brother.  Yet we never reflect on him. 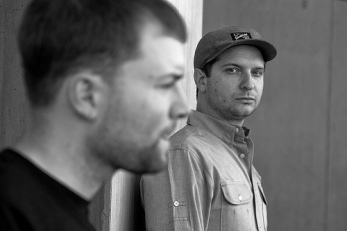 Our first encounter with the elder brother is as a deeply angry man; but consider why.

“Father, all these years I served you and not once did I disobey your orders…”

Daniel’s relationship is not one of father and son but of slave and master.  Slaves fear their masters.  They are afraid of punishment if they get out of line.  At least the younger son knew deep down that despite the mess he had made of his life, he could return home.  And as he reflects and rehearses his spiel, he repeatedly uses the endearing term, “Father”.  The elder son never addresses his father except with “you”: served you, you never, your son, your property, you slaughter.  Daniel’s anger has so blinded him to the presence, love and generosity of this man, he does not know him as “dad”.  He is just, “you”.  Doesn’t that happen to us when we are enraged?  People no longer have names; we make them into objects.

Consider Daniel’s accusation against his father, “…you never gave me even a young goat to feast on with my friends…”

“Daniel, did you ever think of asking dad for a goat to share with your friends?  Maybe friends who helped with the hard work of the estate?  Or were you afraid he would refuse you?  Did you not trust your father, or worse, do you not know him?”

How many of us are afraid of God?  Like Eve and Adam, we hide in the bushes.  Adam said, “I heard you in the garden; but I was afraid…so I hid myself.” [Genesis 3:10]  How well do you and I know God?  Is God, person or a cash cow, master or companion and confidant?  How we image our relationship with God will determine how we act toward God.

Consider finally what the father has to remind Daniel of: “My son, you are here with me always; everything I have is yours.”  How sad.  Daniel never had to ask dad for the goat, he could have decided himself and feasted with his friends.  The father understands their relationship as a son and father united together for a single purpose.  Daniel experiences their relationship as distanced.  A distance that is far greater than the distant country to which his brother had traveled.  Do we understand that God and ourselves are just a breath apart from each other?   Do we comprehend this united bond between we, who are in the image and likeness of God and our God, who in Jesus experienced the fullness of our humanity? 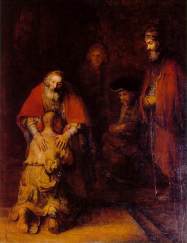 At the end of the parable, Daniel is in a dark spiritual place.  He is still angry at both his brother and father.  Does he ever enter the house?   What will become of his relationships with his father and brother?  Are they ever healed?  Like his brother, can(?), will Daniel make the journey from this distant country of jealousy and anger to return  to his father and brother?  Much hard, spiritual work will be needed.  But it is Lent, is it not?

The story of the elder brother is left open ended.  It is for you and me to complete.  Who are you?  Who am I?   …the elder son or the younger son?  And if the elder son, how will we respond?