We clearly understand this worldview because it is our worldview.  Human history is replete with examples.  There are white people and there are black people. There are Catholics and there are Protestants.  We are Americans and they are foreigners.   They are Jews and we are not.   How many wars have been fought and walls, both literal and metaphorical, have been built to keep us from them?  Hadrian’s Wall, the Great Wall of China, a current Spectrum advertisement using a split screen with US and THEM, Spectrum vs Direct TV; contemporary gated communities, medieval castles keeps, ecclesiastical decrees of excommunication, the manipulation of the law by one group over another and the walls of bigotry and enslavement of other people mark human history past and present.

How many of our grandparents were heard saying when asked where they were from, “My people are from Calabria”, My people are from County Cork”, “My people are from…(you fill in the blank)”.  Whenever there is a “My people” it also implies there is an “other people” who are not “my people”.  And those “other people” are always spoken about in ways that are defined by us and how they are not like us: they are non–white, they are not Catholic, they, they, they?  We don’t even have the courtesy of learning by how they wish to be known.  And we bristle when peoples don’t want to be known as the dominate group has imposed.  For example; “Native Americans” or “First Peoples” rather than “Indians”.

How much of human history is based on making these clear distinctions between us and them?  And when things are muddy, we impose clarity.  Various governments and monarchies throughout history have forbidden languages and traditions of one group and imposed the language and traditions of the dominate group.  Have we not done that with the Christmas crèche scene?  Who does this family and these shepherds look like?  They look like us!  These are not first century Jews.  This scene makes us feel comfortable.  The Holy Family is no longer a they because we have transformed them in to an us.

We haven’t changed much have we as we are seeing the contemporary rise of tribalism all over the world?

White supremacist movements and anti – Semitism have raised their ugly heads with Charlottesville, NC and Tree of Life Synagogue.  Such incidents only confirm that all that has happened is the ugliness has been submerged.  There is something always frightening about the other, about them.  What is most frightening is – they are not us.  In uncertain times people long for that simple world that the ancient Jews and our grandparents experienced.  But this is not the world our God ever envisioned for us. 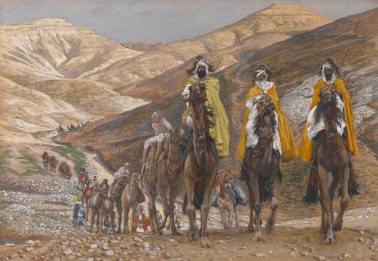 Can we understand how scandalous Paul’s words sounded to Jewish ears?  “You have heard…of God’s grace… not made known to people in other generations..[but] now… revealed to his holy apostles and prophets by the Spirit: that the Gentiles are coheirs, members of the same body, and copartners in the promise in Christ Jesus…”.

“the Gentiles are coheirs…”  The they has become an us.  The simple, understandable division by which the Jews viewed their world has been dismantled by none other than God.  The God who had chosen the Jews now has also chosen everyone else.  The assumption of being elite among the Jews is no longer a reality.  The dividing wall has been taken down by Jesus Christ.  At his death, the veil of the Temple that was torn from top to bottom dividing sanctuary from outer Courts, God from his people, also tore down all divisions from within the human family.

And so the prominent characters placed in our midst today are strangers.  And like all strangers we know nothing about them except that they are from far away and their mere presence and uncomfortable questions makes everyone feel uneasy.

We do not know their names.  So we gave them names, Gaspar, Melchior and Balthasar.  We do not know their gender.  So we made them all men.  We do not know their origin.  So we portrayed each of them as a different race and age.  We do not know their beliefs.  So we had them convert to Catholic Christianity with their bodies eventually enshrined in Cologne Cathedral, Germany as martyrs.  We have coopted these strangers as our own instead of allowing them be different from us and teach us because God has chosen them and us.  These magi came from afar to seek Jesus but in reality it is God in Christ who set out to seek the magi, the Gentiles, the stranger, the other.

The one thing we can know is that strangers, the other, them, they, often see more clearly than we do and are able to lead us to truth, if we are willing to join them.  How differently the story might have continued if King Herod, the chief priests, the scribes and the people joined the magi in following the star?

How differently might we encounter each other if we joined these strangers in seeking out Jesus and in that divine encounter to find ourselves being accepted by God? 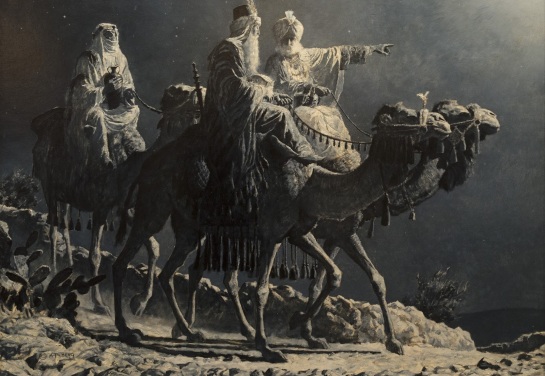