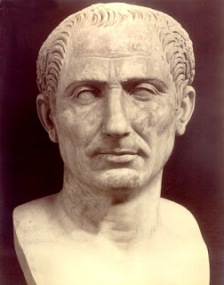 Tiberius Caesar, Pontius Pilate, Herod, Annas and Caiaphas are all familiar names to us from the Gospels. They are the names of those having political and religious power throughout Judea at a particular time in history.  Christianity is not an otherworldly religion.  We believe in a God who acts in the midst of the realities of human life and that God’s promises are fulfilled in human history.  Thus the political setting that Luke summarizes deserves more than our passing attention.

John the Baptist, Jesus of Nazareth, Tiberius Caesar, Herod and his brother Philip, all existed in historical time and space within specific cultural settings.  So it is with the prophecy of Baruch which indirectly makes references to the Empire of Babylon.  They are the enemies of Jerusalem who led her children away by foot into exile while it is the Persian Empire under Cyrus the Great through whom God brings them back as on royal thrones.  It is under the Roman oppression of Tiberius’ predecessor that Jesus was born.  The famous opening phrase of Christmas: “In those days a decree went out from Caesar Augustus…when Quirinius was governor of Syria…”  This familiar phrase carries with it the underlying and unspoken tension between Roman rule and the Jewish religion.  King David was punished by God for taking a census because the people of Israel belonged to God not to him.  What for many people is a quaint introduction is rather a reference to God’s sovereignty over humanity.

So for all these names of politically powerful people and references to empire, it is interesting that it is to none of these men that God speaks.  “The word of God came to John…in the desert.”  The word was spoken to an ascetic preacher shouting a message in the expanse of the Judean desert.  A word quietly spoken deep within John.  A word of repentance, of conversion to a new way of living.  A simpler and yet bolder way of living.

Would this word of repentance and conversion be heard and welcomed in the halls of Roman power?   Would such a message be welcomed today at the G8 or G20 Summits, a meeting of OPEC or NATO, or the UN climate change conference presently in Katowice, Poland?

Our God moves in and through history to bring about his salvation for humanity down to our own day.

Consider this contemporary reworking of Luke.

This reworking opens for us an understanding that the word of God is still being spoken in our time lest we become hopeless like grieving Jerusalem mourning over her children or the anticipation of first century Israel to throw off the yoke of Roman oppression.

In the sixty-seventh year of the reign of Elizabeth… the word of God was spoken in the desert. 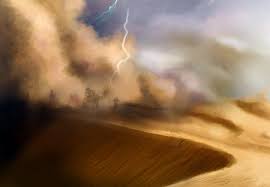 At times the desert is a situation of testing.
How might life be testing you at this time   …challenging your trust in God?

The desert is always a place of prayer.
What is happening in your heart when you pray?
What do you hear being said deep within you?
Is it consolation or challenge?  …correction or joy?  Is it hope that is resonating within you?

The desert is a place of refuge.
What is your quiet space to which you can retreat and find the silence to listen?
Is it the car driving to and from work, errands?  Or on a walk?  Or is it an activity like sewing, gardening, even folding the laundry, changing the oil or washing the dishes when no else is around that allows your mind to contemplate and reflect. 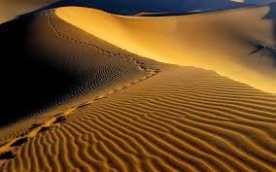 Is it Taize Prayer or the rosary? Such activities can bring us to a state of being where we hear God speak in our desert.

The desert is a place of miracles.
Miracles are not necessarily extraordinary events.  They are simply the ordinary infused with the presence of God.  And that is why they can be so easily missed in our day.  What daily miracles do you and I not recognize that could be filling us with hope and joy?

The word that John heard and preached can be avoided by those in power and by us.  Do we want to repent of our sins?  Do we desire to live a deeper life in Christ?  Are we sorry for what we have done against the heart of Jesus and our sisters and brothers?  Do we want to make amends?

God does continue to speak in the desert to people who are open to listening.  But if we dare to listen, we will be confronted and a response will be demanded.