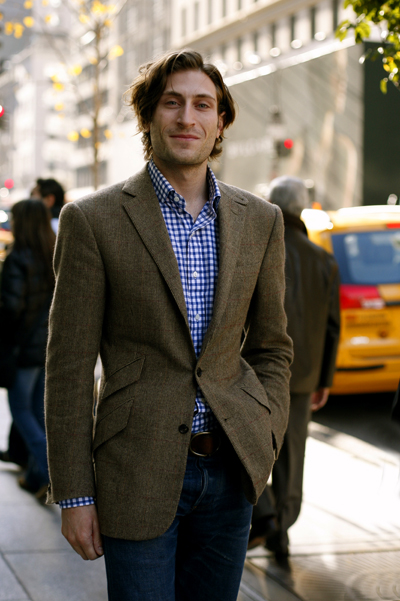 Years ago I was walking briskly in Times Square and I heard, “Sir!” “Sir!” At the third time I knew it was meant for me despite the crowds.  I turned and there was a young man in a good leather jacket, slacks and shoes asking for money.  He hadn’t eaten in a while and gave no explanation why.  Well, I had stopped.  Out came the wallet and…all twenty dollar bills!

I’ve never forgotten him.  More so because of the way he was dressed.  He didn’t look hungry.  He looked well off … a good leather jacket, slacks and shoes.  I’ve often since thought, was he recently laid off from work?  Was he new to the city and a promised job didn’t pan out?  I’ll never know and that is not the point.  The point is not our judgement of the person in need but our response to them.  Somewhere in that brief encounter a lot went through my mind including a judgment of whether he was telling the truth and worthy of my money.  Money of which I had a lot of – a day in New York City, parking, theater and dinner is not cheap.  He was well dressed.

When I’ve gone to the Otsego County Jail to visit parishioners, what do I see?  A striped prison uniform and all that that uniform and the barrier between us conveys?   Or do I see a person.  A person who has a name and a history, not just a chapter in their life or even one bad choice that got them jailed.

It is regrettable that many people Jesus encounters have no names and we know nothing about their history except for the one encounter like my encounter with the young man on the streets of New York.

Consider, the woman caught in the act of adultery roughly thrown on the ground before Jesus.  There was that rich young man who walks away from Jesus sad for he cannot, as yet(?) sell everything he has and follow Jesus.  The tax collector Zacchaeus, in a tree of all places.  A guilty thief dying alongside of Jesus on those crosses.  A chance midday encounter with a woman of Samaria at a well.

What did Jesus see in these people?

Jesus does not condemn the guilty adulterous woman.  He has dinner with Zacchaeus who seems to have a checked government career.  He has compassion for the young man who is shackled by his possessions.  Jesus more than forgives the thief promising personally to lead him into eternity and entrusts the woman of Samaria, whose sexual life is, shall we say, coloured, with the good news of salvation making her an evangelist and apostle!

Jesus saw more in these women and men than a good leather jacket, slacks and shoes asking for money.

Pope Francis’ now famous remark, “Who am I to judge?” in regard to priests who are gay has taken on a life of its own.  The reality is we all judge other people.   …in moments!  …on the slimmest of evidence!  … a good leather jacket, slacks and shoes.

Replying so as to shed more light on his remark, Francis said in an interview, “I was paraphrasing by heart the Catechism of the Catholic Church where it says that…before all else comes the individual person, in [their] wholeness and dignity”.   And people should not be defined only by their sexual tendencies…” or by their clothing, or whether they cut us off in traffic, or whether we encounter them on a bad day, or their political proclivities, or whether we think they are double and triple dipping at the area food pantries, or whether they deserve our time and money, or whether we think they simply want a bottle of cheap wine and cigarettes instead of the food they say they want.

Do we ever conceive of other possible scenarios in the lives of those people we encounter?    Do we make excuses for them?  Give them a second, third and fourth chance if we encounter them again?

Jesus seems to have been able to look beyond the obvious to the individual person, in [their] wholeness and dignity” and not let the moment define the person.

There is left only one criterion.  That criterion is that what you and I are called to do is not to judge, ignore and overlook a person, but to look into a human face and to see there the face of Jesus Christ.

1 Response to Ordinary 34 Christ the King